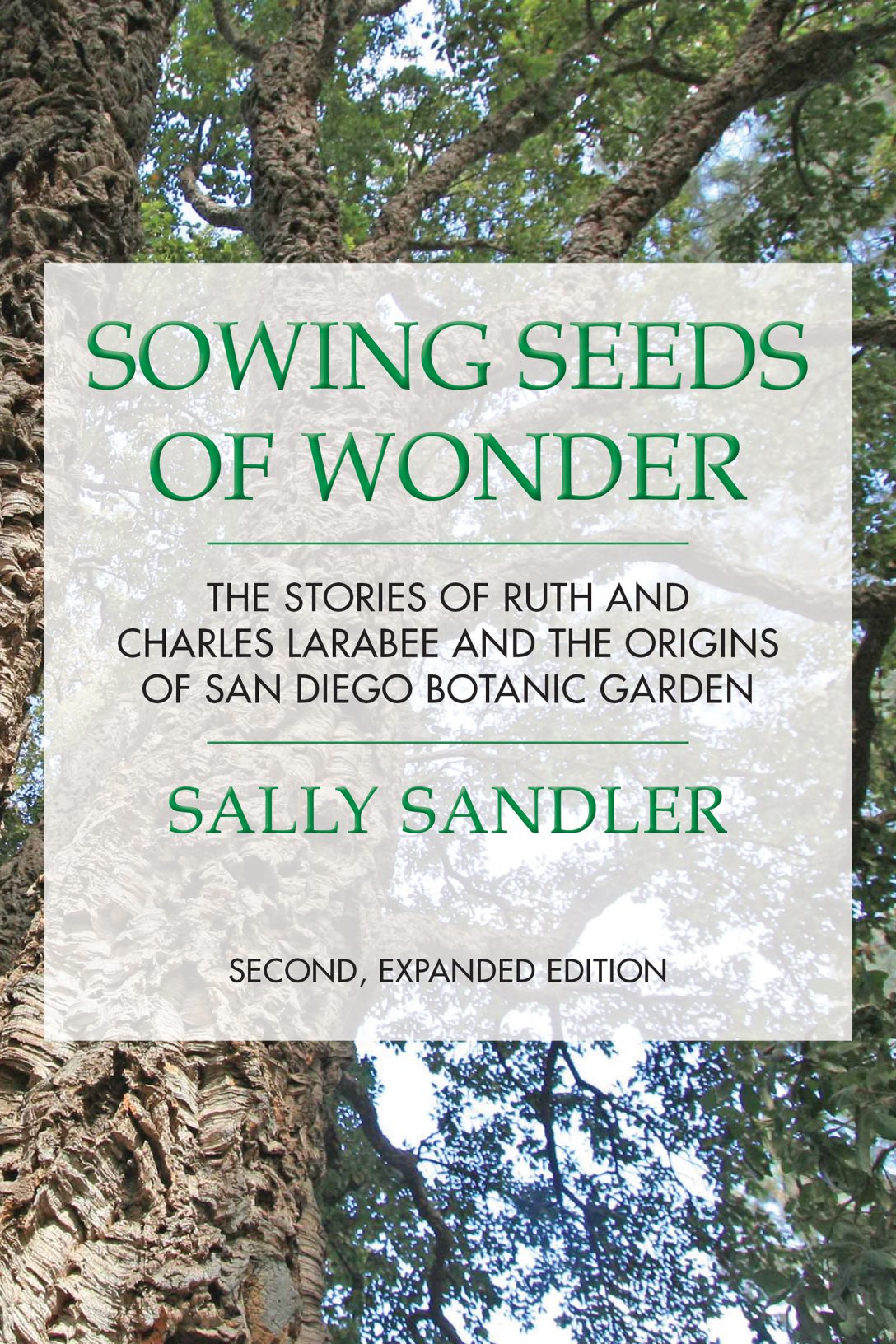 The greatest satisfaction in my disordered life has come from my contact with Nature.

Sowing Seeds of Wonder, published in 2016, is the true story of Ruth and Charles Larabee, who originated San Diego Botanic Garden, in Encinitas, California. Their lives were filled with wonder and adventure, love and loss, courage, heartbreak, and tragedy, all grounded in their connections to the outdoors.  Read more, and order here …

Unlike many movers and shakers in San Diego’s history, the Larabees have the distinction of being largely unknown. Even in San Diego’s North County where the celebrated 37-acre botanic garden they originated in the 1940s and 50s is located, few people know who they were.

Sally Sandler has rescued them from relative obscurity and given them their rightful place in history. After more than five years of research, she has brought to light the journey that carried them in 1943 from urban life in Kansas City to a modest ranch on a hillside in Encinitas, California. She explores their combined and individual creative gifts, their commitment to younger generations and the impact of their generosity. And she reveals the complex and difficult circumstances that followed their lives at “El Rancho San Ysidro de las Flores.”

Including a Foreword by Julian Duval, President/CEO of San Diego Botanic Garden, and an Afterword by Dave Ehrlinger, Director of Horticulture, 2002 to 2013.

Available in paperback and on Kindle at Amazon.com.

The Sifting Hush of a Small Wind

A Column of Smoke