She has a special gift of painting words that heighten all the senses and evoke a sense of timeless familiarity of time and place. Like an echo of the past greeting you like an old friend, or the regretful sigh of a path not taken.

Read what people are saying…

Sally Sandler is a graduate of the University of Michigan. She left her childhood roots in the Midwest for the sunny skies of San Diego and has been there for over forty years. She is a docent and historian at the San Diego Botanic Garden, as well as a wife, mother and grandmother of four.

Her books are available on Amazon.com, and some can be seen at the lower right on this page.

Sandler was honored by San Diego Union-Tribune as one of the outstanding San Diegans “Making a Difference” in 2014.

Her other interests include hiking on the beach and at nature preserves, photography, charcoal drawing, and genealogy. She and her husband Jim and dog Allie live near the coast, in Del Mar, California, close to children and grandchildren, and where their garden was recognized by San Diego Home and Garden Magazine in summer 2012 for its backyard wildlife habitat.

A Column of Smoke 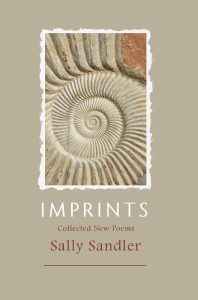